“My Favourite Image Was Made By Marco Schwarz” – Lanny Mann

Lanny Mann has been a juror of the Masters in several countries like the Netherlands and Gemany. After making his selection the last time we asked him to pick his favourite image and why.

Lanny Mann has been a juror of the Masters in several countries like the Netherlands and Gemany. After making his selection the last time we asked him to pick his favourite image and why.

"This image really drew me in for a number of reasons.
The repeating pattern of parallel rows and columns is what first drew me in. On the surface, it's a very simple image that makes for a fast read. But once I was drawn in, I began to appreciate the more subtle complexities of the photograph. There's just so much to look at and appreciate within the image… the varying colours and patterns within the drapes and curtains, the hanging laundry, the texture on the walls, the air-conditioning units, the interesting patio furniture, the rug draped over the railing, not to mention the interesting looking residents or the bride and groom.

It's such a cluttered scene when you look closely, but at first glance, the bigger picture is quite simple. So it's a fast read, and then a slow read, which I like because it's unusual. As for the subjects, I kind of like that my eye doesn't immediately go to the bride and groom. I like how you have to search a bit to find them, because it allows for the complexities of the scene to sink in a bit more. I don't even really mind that 2 of the other people in the scene appear to be camera aware because it's not obvious and serves to draw us in even more. More importantly, the bride and groom appear to be into each other in a pose/position that doesn't feel forced or contrived. Overall, the image really gave me a feel for the place/environment, hinting at all the deeper stories behind each apartment, and the lives within." 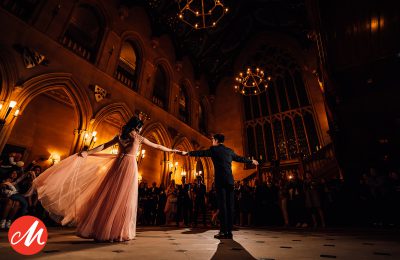 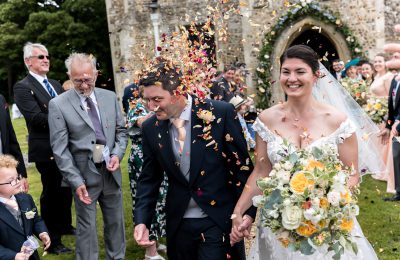 The Story of Lizzy & Nathan’s Wedding in Boxworth – Will Wareham

Workshops for wedding photographers in the UK & IE – a complete list 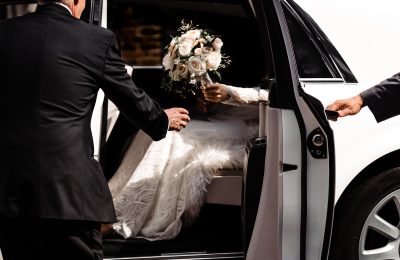 The Story of Leon & Rachel’s Wedding in London – Stam Chananakhon